Thunder Bay – The Sky Is Falling…Really!

The City infrastructure report card and the ensuing debt tsunami is all being brought forward because of a provincial plan/strategy released earlier this year.

The provincial document contains the following..

Thunder Bay’s infrastructure is aging while demand for better municipal services is growing in response to higher standards of safety, health, and environmental protection, and, to some degree, growth.

City staff produced an integrated asset management plan that identified ways to minimize life cycle costs and maintain adequate service levels at the lowest possible risk. From 2004 to 2011 capital funding increased. However, the amount of funding required to implement the plan exceeded the established level of capital spending.
The 2011-2014 Strategic Plan approved by City Council supported an increase in capital financing capacity to reduce the annual infrastructure deficit and in addition requested administration to develop enhanced infrastructure funding options.

The Enhanced Infrastructure Renewal Program (EIRP) was approved by City Council and beginning in 2012, the EIRP was integrated into the budget process to address ongoing capital needs through incremental and dedicated property tax increases. By 2014, the gap between the amount of funding required to implement the City’s asset management plan and annual capital spending is expected to have been reduced by approximately 60 per cent.

The report recommends that council continue making increases to its Enhanced Infrastructure Renewal Plan, which was $2.5 million last budget season, every year for the next 11 years while also taking on $6.97 million in debt annually. – Tbnewswatch 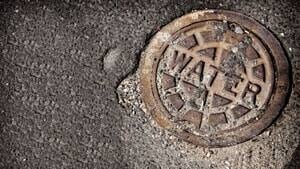 Thunder Bay has some newer infrastructure in its water and wastewater plants, but most of Thunder Bay’s infrastructure needs expensive repairs. A recent report sent to city councillors documents the need for work. (istockphoto.com)

Most of the city of Thunder Bay’s infrastructure needs expensive repairs, according to a new report from city hall.

A report card from city administration gives the city an overall grade of C, meaning most infrastructure is in fair condition, with some evident deterioration.

The document indicates the water and sewage plant, as well as the storm sewer lines, are in excellent shape.

But watermains and roads need lots of work. Upgrading roads alone will require $20 million a year.

But the infrastructure that requires the most work is sidewalks. More than 70 per cent of them are described as in poor or critical condition.

Council now needs to decide what to do.

Two plans are recommended to achieve full infrastructure funding —one spans 11 years, while the other spans 19 years.

The plans include using debt to pay for road and waterworks repairs, or increasing water rates.

Council will make decisions on what infrastructure needs a priority, and how to pay for the work, when budget discussions start next month.